5 ideas to enjoy the Tamborrada, the great day of San Sebastián

With sadness we leave 2016, an important year for San Sebastián. During 12 months our nice city fought with pride the distinction from the European capital of culture, a period in which it has shined of its own light, and even more. We hope you had a chance to stay at our hotel in San Sebastian last year. We launch 2017 with lots of good hopes and willingness of keeping enjoying whatever Donostia will be offering us. Our great day is getting closer, so that if you are planning to come and visit us the next 20th of January, we give you some good ideas to get the best out of it.

The 20th of January we will be celebrating the Tamborrada in San Sebastián in honour of our patron. The drums and the music band will be the main character of the party that exists since 1836.

If you want to enjoy it at its best, write down the 5 keys of this festivity:

1. Flag raising. The Tamborrada officially starts at 00.00 in Plaza de la Costitución with the San Sebastián flag raising. In that moment, the amazing Tamborrada Gatzelubide together with some other ones is gonna perform the melodies of the earth. There will be also popular dances and above all a lot of emotion in the environment. 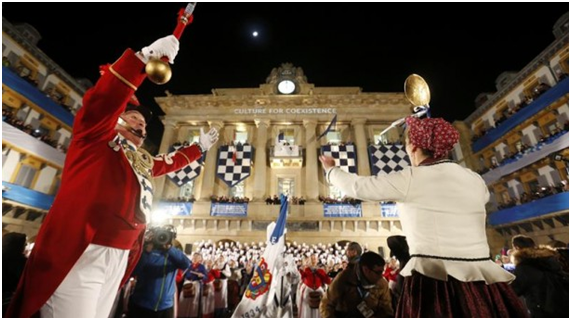 2. Paths in the city. The 20th of January is the day to enjoy the streets of San Sebastián. More that 125 tamborradas are in charge of delighting the present ones with their compositions during the all day. In San Sebastián it’s impossible not to understand that the city is celebrating because the tamborradas goes mostly in all the areas of the city. The Old Town, the centre, the area of Gros or Antiguo are only a few places in which there will be the Tamborradas. 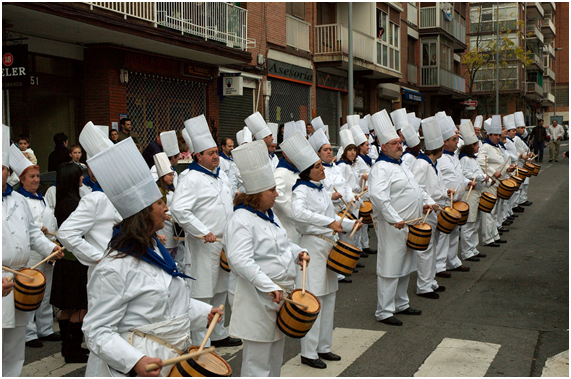 3. The young tomborreros. Another important event is the the Tamborrada of the youngsters. Around 5000 children will parade from the Ayuntamiento going through the streets of the all city
playing songs all together and offering a breathtaking event. 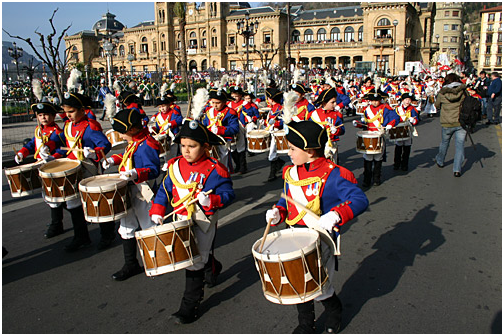 4. The atmosphere in the bars. Even if the Tamborrada is a party to enjoy in open spaces, sometimes it might happen to take a rest. In this day the bats and the restaurants are full of locals and tourists waiting for the Tamborradas drinking a txacoli and eating some pintxos. Putting into practice the “wherever you are do whatever you see”, feeling the festive atmosphere that you can breath at the taverns of San Sebastián. 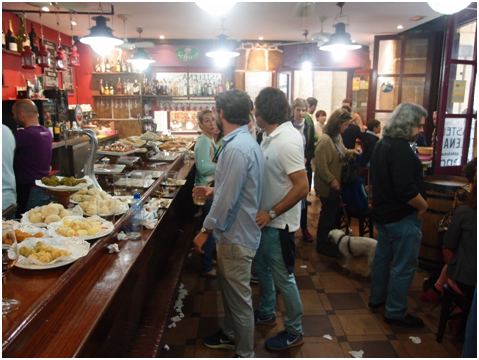 5. Lowering the flag. The final step of a very intense day comes at 00.00, after 24 hours celebration. The society of Union Artesana is in charge of lowering the flag in Plaza del Ayuntamiento and declaring the festivity over. Everything ends in the same point in which it has started. Yes, after many hours full of joy and happiness. 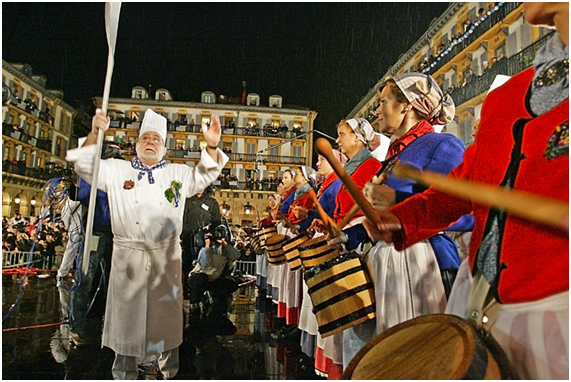