Discover everything you can do in Playa de la Concha

La Concha is not only the most famous beach of San Sebastian, but also one of the most popular nationwide. Therefore, during your stay at our hotel in San Sebastian it is advisory to make some time and explore the area and get to know San Sebastian’s beauty.

Before we tell you which sites you cannot miss, you should know that the Playa de la Concha is located next to the Beach Ondarreta and can be recognize d for its fine white sand. In fact, there are publications that place the beach as one of the best urban beaches in the world.

Another characteristic elements of the Playa de la Concha is the striking railing Concha, one of the undisputed symbol of San Sebastián for their ornamental shapes. Now that you know a little more of this special place, pay attention to these tourist attractions that you find on your walk: 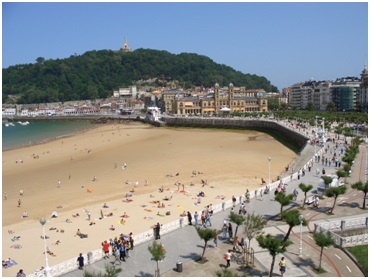 Monte Urgull. The tour of Paseo de la Concha ends at Mount Urgull, which is next to Mount Igeldo and Monte Ulia. Monte Urgull, located in the Old Town, has a secret inside. This is the Castillo de la Mota, dating from the twelfth century and was essential to the defense of the town. The fort is one of the best witnesses of the battles that have been besieging the city throughout the ages and has been reconstructed many times. 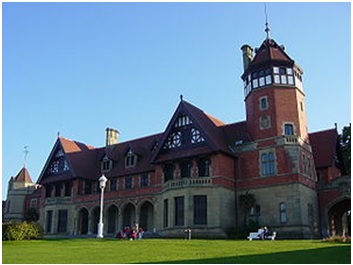 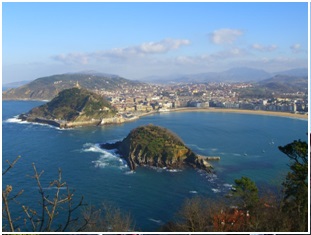 Isla de Santa Clara (Santa Clara Island): Another one of the emblems of the Concha Bay is the island of Santa Clara which, as its name suggests, is an island in the bay, a fate not many cities have. During the summer there is a ferry service that allows access to visit the pretty little beach. 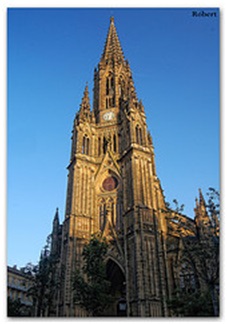 Catedral Buen Pastor (Good Shepherd Cathedral): To reach this place, it will be necessary to deviate slightly from the Paseo de la Concha and enter the extension of Amara. This cathedral can be highlighted as one of the most important religious buildings in Donostia. It was opened in the mid-twentieth century and was the largest cathedral in Spain and one of the largest in Europe. 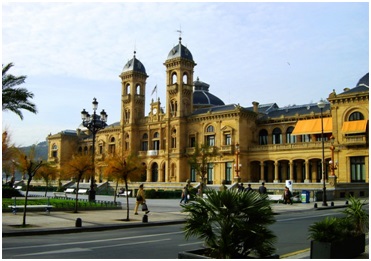 Ayuntamiento (City Hall): Continuing the walk, you’ll encounter the townhall. Very close to Royal Yacht Club, its dependencies are in the old Casino of Donostia. Definitely a construction that won’t go unnoticed and you’ll find next to Concha Bay.

We hope that with these five proposals you will experience the best memories of this jewel in the Basque Country as is the beach of La Concha.