Mount Urgull: the most spectacular viewpoint in San Sebastian

Monte Urgull is not only the most incredible viewpoint of San Sebastian, but also one of the hallmarks of San Sebastian landscape. Next to Monte Igueldo, it is the guardian of La Concha Bay, forming a panorama that is hard to match. Despite being one of the most emblematic treasures of the city, not all visitors rush to get to the top. However, up there await the most spectacular views you could imagine. During your stay at our central hotel in Donostia, Monte Urgull is one of the experiences you cannot miss.

The rugged vegetation of Mount Urgull hides a corner of special importance in the history of San Sebastian. The hike can be somewhat exhausted, but in the end, you will find your reward. We are referring to the famous Castillo de la Mota, a fortress that played a prominent role in the defence of the city. A walk through its surroundings, between canyons and walls, is enough to verify its past defensive role.

In Mount Urgull is another San Sebastian’s icons “par excellence”. We are talking about the Statue of the Sacred Heart, visible from different points of the city. Created at the end of the 40s, it is located on top of a chapel, rising 12 meters above it. Undoubtedly, this monument is one of the great attractions of the mountain, but there is still more. 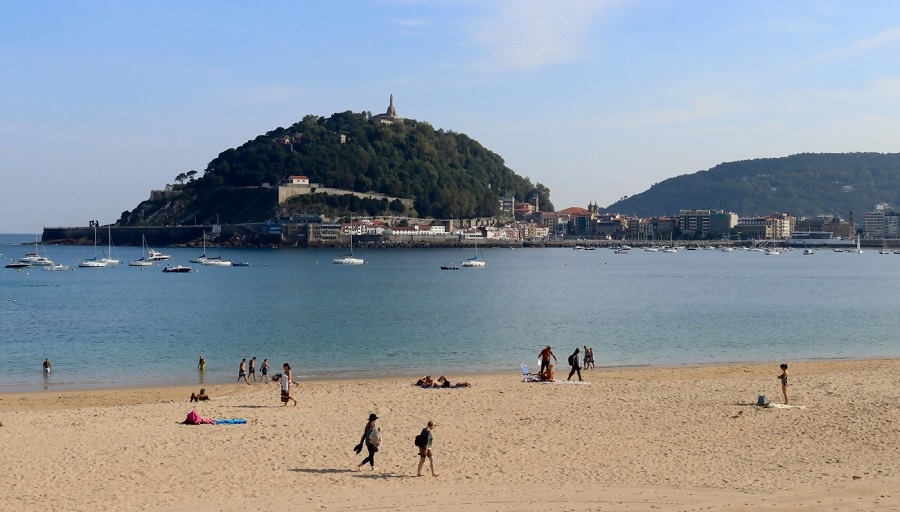 Throughout the journey to the top, there are several viewpoints from which you can contemplate the Bay of La Concha in all its splendour. It is convenient to stop at each of them and thus, make the crossing more bearable, up to 120 meters in height of this rocky massif. But before starting to climb, on the foot of Mount Urgull, stop in the cemetery of the English, a place full of legends. One of the most solid is that here lie the bodies of British soldiers fallen during the First Carlist War.

The trails to Monte Urgull

To climb up Mount Urgull, you can choose between several paths. There are four and each of them outset on different part. It is possible to start the route from the Paseo Nuevo, from the San Telmo Museum, from the Paseo de los Curas (right in the back of the Aquarium of San Sebastián) and from the Basilica of Santa María. Ideally, choose one to go up and another to go down. 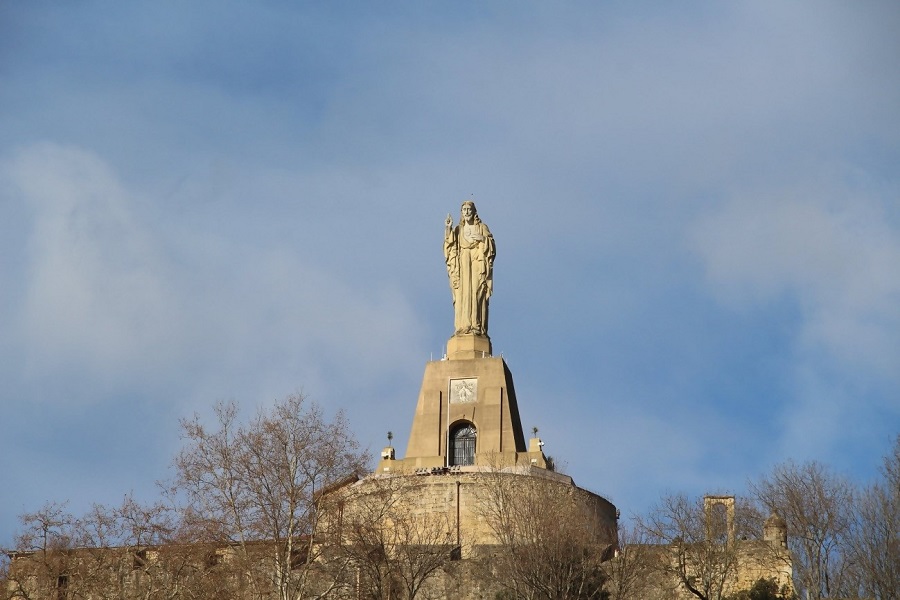 The ascent could last about 2 hours, but it’s worth it! In addition, in our hotel on La Concha Bay you can rest and recover to continue visiting San Sebastian.