Best restaurants in the Basque Country

The current cutting edge of gastronomy in the Basque Country is made up of leading chefs who have created the new Basque cuisine…Which is the secret of the Basque cuisine? The answer we mostly like lies in some words that Juan Mari Arzak pronounced two years ago during an event in San Sebastian: “In cuisine, as in life, you move with your eyes open and as curious as a child, always willing to learn. The day that you lose this attitude you should retire from cuisine and maybe even from life. “Are you curious about the topic? Read our article on all the details about the best Basque restaurants and their chefs…You’ll not be able to resist to try one of their amazing dishes during your stay at our hotel en San Sebastián.

The principles of this cuisine, which created the bases of the current high gastronomy, come from a simple culinary philosophy:

Join us in this trip through the best cuisines in the Basque Country and discover how each of this incredible chefs plays his way to the cuisine as well as some details of their most popular dishes. It was obviously impossible to put all together the great restaurants in the Basque Country, that’s why we made a selection of those we mostly like… Many of them, obviously, are in San Sebastian… the city with more Michelin stars per square meter in the world!

This restaurant is considered a jewel of the international creative cuisine. The chef Pedro Subijana studied at the school of hospitality in Zarauz Luis Irizar, which later on would lead, and also in the hotel school in Madrid. In 1975, he became head of the restaurant Akelarre and bought this business to the highest levels of world cuisine. His tasting menu is a real pleasure for the palate, gathering the tradition of Basque cuisine with the best modern techniques. Their “Mussels in the fisherman’s net” are something that you are not going to forget easily. 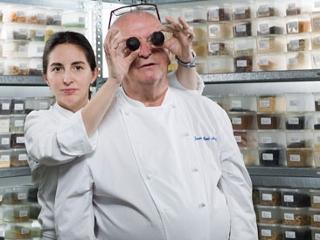 We began this article with a quote of Juan Mari Arzak and now we’d like to proceed with the description of this restaurant using the words of Elena Arzak, also celebrated international chef, and boss of this business with the father: “To be a cook need a spark of madness. ” It is from here that they created a cooking style with strongly characterized and in constant evolution, which bring them constantly in the forefront of everything “cooked” in the world today … can you imagine lamb with algae cake? If it seems hard to imagine it must have been very hard to invent it! 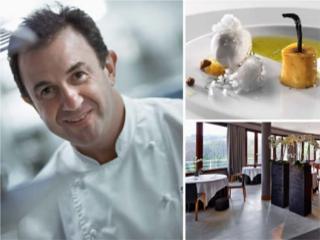 MARTIN BERASATEGUI is perhaps the most traditional of all chefs of the new Basque cuisine. To the question: When did you passion for cooking started? His answer is: “I often say that I think since I was in the belly of my mother, who along with my aunt, was a formidable cooks. Since childhood I have been lived this environment, my family used to run a restaurant for low class people in the old part of San Sebastian, and this has always fascinated me. Since I was child I had things very clear, I wanted to be a chef. ” The great passion for cooking and traditional Basque dishes is reflected in an extraordinary level of dishes. The restaurant has a terrace and a spacious and bright space inside, with impeccable service. 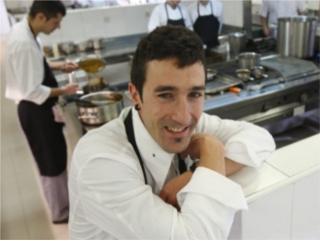 The restaurant Eneko Azurmendi Atxa, recently awarded two Michelin stars is part of a unique gastronomic complex located in a wonderful area of Bizkaia. In 2007 a part of getting his first Michelin star, he won the prize as best restorer Euskadi. His philosophy and vision of the kitchen can be summarized in one sentence: “Give pleasure to all who goes to his restaurant, a pleasure full of identity which stride to do of the local something universal.” Through its tasting menu the chef always tries to tell a story, define who they are and how to find this. 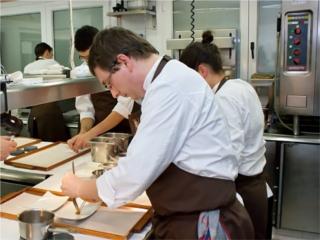 The influential British magazine “Restaurant” in 2012 named Mugaritz as the third best restaurant in the world. The chef Andoni Luis Aduriz has a resume filled Impress prize and participating in the most renowned restaurants in the Basque Country and Spain. During 1993 and 1994 he was part of the team of El Bulli, driven by Ferran Adria, and it is said to be the clear disciple of Catalan chef. Mugaritz restaurant is located in Renteria, Guipúzcoa, it was formerly a dairy and keeps a strong country feeling surrounded by nature. Mugaritz means “oak border” in Basque. Their foie gras is one of the best in the world.

Here we have selected the best restaurants of the Basque Country, in our opinion. There are still many more menus in our land which worth a visit.

I hope you have a great experience during your stay in Hotel de Londres y de Inglaterra and enjoy your time in San Sebastian.