San Sebastian Carnival arrives, do you know everything about this party? 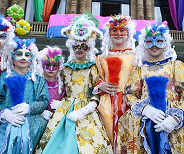 carnaval san sebastian 1The countdown has already begun. There are few days left for our beautiful streets to flood again with color and joy. As you may have guessed, 2017 Carnival is almost here. This year will be held from Thursday 23 to Monday 27 February, a perfect excuse for you to visit San Sebastian. We encourage you to reserve your room in our hotel in San Sebastian and prepare your best disguise and smile to live these important holidays for the San Sebastian people.

Would you like to know more about the Carnival of Donostia? On this occasion, we want to share with you all the details of this traditional party.

A bit of history

To know the origins of the Carnival of San Sebastián we have to go back to the year 1814 when a group of young students and craftsmen decided to create this festival. A century later, concretely in 1924, the Carnival was not going through its best period and, was restricted only to private circles, since, at that time, a decree was in force prohibiting gambling. Years later, in 1978, the Carnival would regain its role in the society of San Sebastian.

Since this date, the festival has an undisputed protagonist. It is about the goddess Momo, a satirical personage that every year is in charge of representing a comparsa. In 2017 will be in the comparsa Los Bebés de la Bulla. 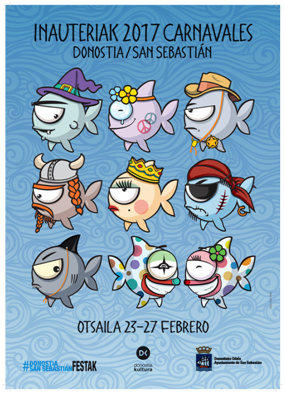 How is it celebrated?

During the carnival weekend, the parades of the comparsas will be in charge of brightening the streets of the city with their colorful costumes, their music and their dances. In total, there will be 26 sets that will animate in 2017 every corner of Donostia. There are also 2 prizes: the Great Prize of Carnival and the Great Prize of the Humor. 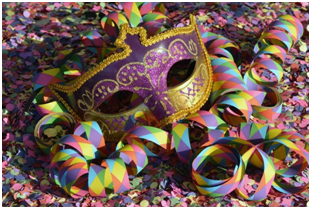 The Caldereros are a traditional Hungarian comparsa whose purpose is to inaugurate the Carnival. Its parade takes place every year the first weekend of February in the Old Part of San Sebastián. The most popular characters of this comparsa are the Queen, the Ladies, the Director and his helpers, the bear, the osezna and the tamer. The Boilermakers, as well, wander the streets waving pots and pans to the rhythm of music. Definitely a show worth seeing. The first comparsa of Hungarian tinkers paraded in the city in the year 1884, coinciding with the celebrations of the Candelaria. However, it would not be until 1972 when this tradition was held in an uninterrupted manner. 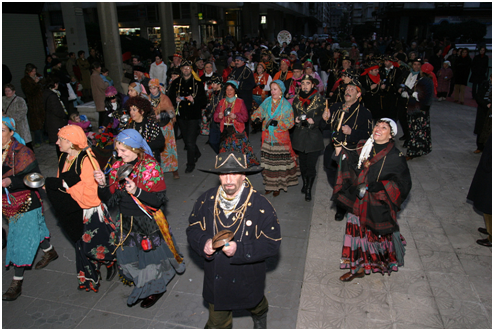 The burial of the sardine

During the last day of Carnival you’ll attend the burial of the sardine, a sad outcome that consists of dismissing the symbolic fish before being burned at the stake. With this episode we say goodbye to this feast and welcome Lent. 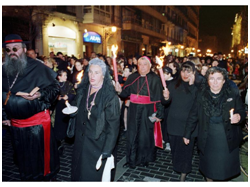 You can not miss the colorful Carnival of San Sebastián!